Shun Russia to Save the World

The stakes are high as Moscow undermines institutions like the UN. 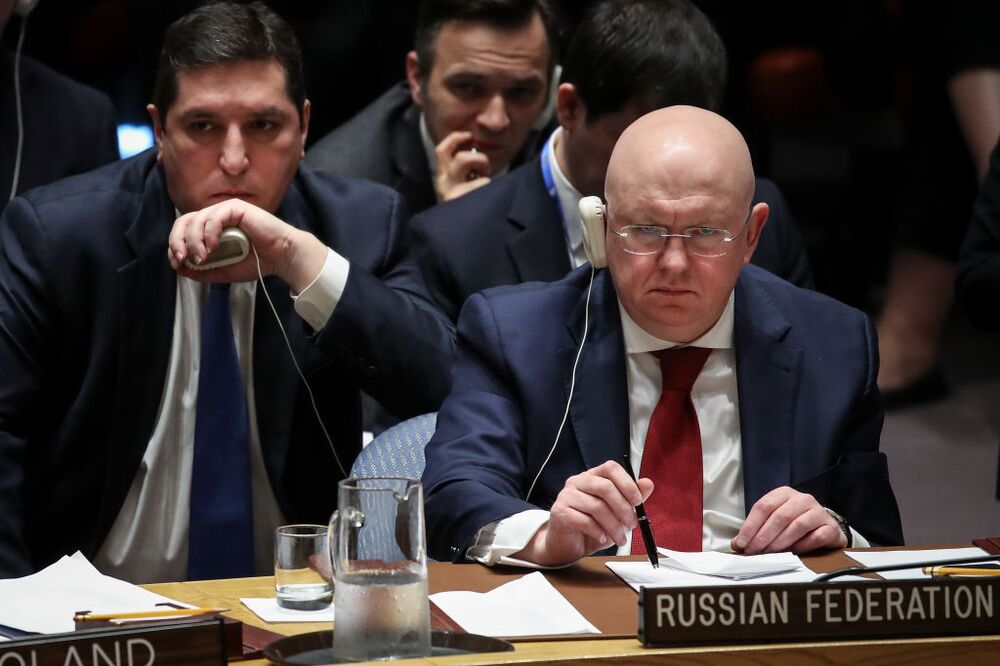 When it comes to Russia these days, the U.S. and Europe are striving for deterrence.

That’s what drove the Obama administration to impose sector-based sanctions on Russia after its stealth invasion of Ukraine. Deterrence justified the Treasury sanctions this month against Russian oligarchs. They send a message: This is what happens when you interfere in our election. Don’t do it again.

Deterrence has its place, but it should not be the only objective when thinking about how to counter Russia. There is also inoculation.

As I wrote in 2016, Russia’s participation in international organizations, big and small, too often undermines the institutions themselves. You see this at the UN Security Council when Russia’s veto has shielded Syria’s dictator from consequences for the use of chemical weapons. You also see it at Interpol, where Russia tries to issue arrest warrants for its political opposition. Moscow is like a termite gnawing away at the world bodies in which it participates.

This Friday the U.S. Helsinki Commission, a U.S. government entity that monitors human rights in 57 nations, will be looking at the latest potential victim of the Russian rot from within, the United Nations Commission Against Impunity in Guatemala, often known by its Spanish initials Cicig.

The commission, founded in 2007, does vital work in trying to save this small Central American state from being picked clean by gangsters.

Brittany Benowitz, the chief counsel for the American Bar Association’s Center for Human Rights, called it “a historic effort by the international community to challenge a government captured by organized crime.” While Cicig does not have the power to prosecute Guatemalan officials, it does recommend prosecutions, and its recommendations carry a lot of weight. The commission has already taken down one Guatemalan president, and its investigators are probing allegations against the current one.

This is why it’s so strange that Cicig has targeted Igor and Irina Bitkov, along with their daughter Anastasia — a family that fled Russia in 2008 and ended up in Guatemala after buying false passports and identity cards. Wall Street Journal columnist Mary Anastasia O’Grady has documented their case in a series of bracing columns.

Starting in 2007, the bank VTB and other Russian lenders pressured the Bitkovs to sell their timber business at a much lower price than it was worth. First they demanded full repayment of an earlier loan, most of which was paid off. Then the banks forced a fire sale of the company. In this period the Bitkov family was terrorized. In 2007, their daughter was kidnapped and raped. The family paid $200,000 for her ransom. By 2009 the family was in Turkey and spent $150,000 for new identities and a new life in Guatemala.

For a few years the plan worked. But the Russians who tormented them did not relent. In 2015 the Bitkovs were arrested by Guatemala for the false passports and identity cards, under pressure from VTB Bank and others. VTB, which has been under U.S. and E.U. sanctions since Russia’s 2014 invasion of Ukraine, claimed it was seeking repayment of the initial loans made to the Bitkov timber business.

The Bitkovs fought this in court, but the prosecutors kept pushing — spurred on by Cicig. When an appeals court in December ruled that the Bitkovs were guilty only of administrative violations and not more serious crimes, the state prosecutor and Cicig persisted. As O’Grady reported, only two days after the appeals court ruling in 2015, Russian authorities raided the homes of Irina Bitkov’s brother and Igor Bitkov’s mother because they were sending money to the family in Guatemala.

In January of this year, another tribunal ignored the appeals court verdict and sentenced Igor to 19 years in prison, and his wife and daughter to 14 years in prison. Ostensibly their conviction was part of the prosecution of a criminal ring that had accepted bribes for false identification documents and such. But as O’Grady points out, the Bitkovs were not perpetrators of this criminal syndicate, but victims. They were the only party that didn’t profit from the corruption in this case.

To this day, Cicig stands by the verdict against the Bitkovs, claiming the harsh sentence sent a powerful message to future human traffickers. Benowitz also told me that while she had no opinion about the specific case against the Bitkovs, she said it was wrong to impugn the integrity of Cicig or the judge that handed down the sentence against the family.

Others though are not buying that. Representative Christopher Smith, the Republican co-chairman of the Helsinki Commission, told me this week: “The grotesque abuses and injustices the Bitkov family has suffered in Guatemala through Cicig raise grave questions about why Cicig would pursue — with such vindictiveness — a family that sought safety in Guatemala.”

That question will be explored by the U.S. Helsinki Commission this week, which itself counts as an irony. When Smith’s panel was established in 1975, it was meant to monitor the Soviet Union’s compliance with commitments it made on human rights through the Helsinki Accords. By the 1980s, the Western strategy was to integrate the Soviets into international institutions as a way of shaming Moscow into changing its behavior.

More than 40 years later the Russians have flipped the script.

Today Russia happily participates in and influences international organizations in order to hollow them out, to pursue the vendettas of its oligarchs, to render the international community toothless. This is why it’s so important to protect world bodies from Russian influence. Where the West can, it means kicking Russia out of the commission’s, task forces and groups that are supposed to uphold international law. When it can’t, it means subjecting Russian influence and participation in organizations like Cicig to much higher scrutiny than other nations face. In short, treat Russia like a second-class international citizen.

This won’t necessarily deter future Russian aggression, but it will begin to save an international order that the Russians seek to destroy.